When drilling has reached total depth and the formation to be evaluated has been determined by samples, logs, and cores, a Drill Stem Test may be ordered.

When testing equipment has reached the prospective formation, the formation is isolated from the rest of the wellbore by the packers. A valve opens and the formation is allowed to produce into the dry drill pipe.

At this time, a graphic pressure versus time chart of flow performance is recorded. This chart is produced by mechanical recorders and/or electronic pressure/temperature gauges. The data derived from the Drill Stem Test (DST) give a computation of the formation’s permeability, damage ratio, productivity index, transmissibility and radius of investigation.

After the operator determines that a formation test is to be conducted, the test tool is assembled and lowered into the wellbore. A graphic chart is obtained from two recorders.

The following graph presents the result as a pressure versus time chart. 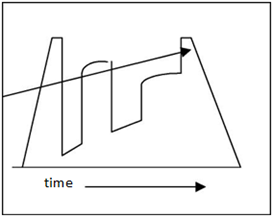 How the Graphic Chart is obtained

The following sequence of diagrams illustrates how the chart is obtained:

The First Period is called Initial Hydrostatic or IH. Pressure Recorder is measuring pressure buildup as you go deeper into the wellbore. 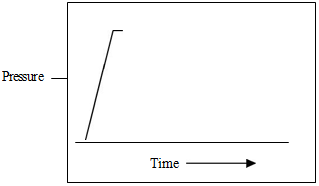 In this stage, the packer is expanded to isolate the formation from the wellbore fluids. The recorder is showing the decrease in pressure from the mud column to that of the formation.

The hydraulic valve which has kept the drill stem dry, begins to open and the isolated formation is now subjected to atmospheric pressure. This is called Pre-Flow. 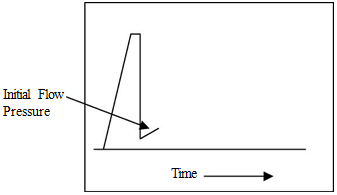 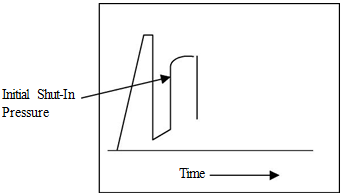 The Rotating Shut-In Valve has been opened and the formation is now starting to flow to atmospheric. This is called the Final Flow. This flow period will indicate the formation’s flowing pressure. 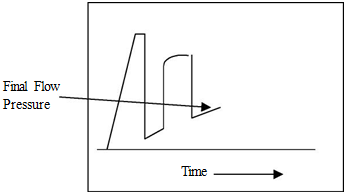 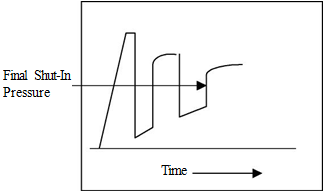 This period is called Final Hydrostatic or FH. The DST is now complete. The Shut-In Valve is closed. Picking up on the Drill String releases the Packers and closes Hydraulic Valve. With this valve closed and the packers release the mud which was isolated from the formation now exerts pressure on the Pressure Recorders. 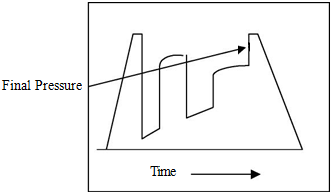