The Impact of Equipment Reliability on Human Safety 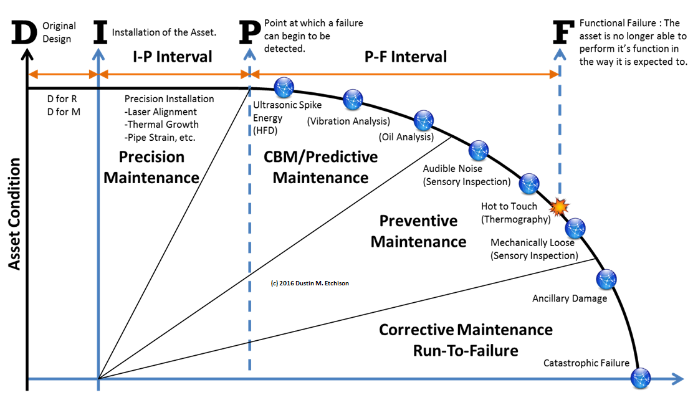 My manager and I recently had an interesting discussion regarding the Asset Failure Curve (or PF, IPF, DIPF curve in certain circles, and is shown above). Our discussion ended up in a place where we were making correlations between equipment reliability and human safety.

Below is the Heinrich Safety Triangle, which we’ve all seen if we’ve ever been part of an industrial organization that had a broad focus on human safety. 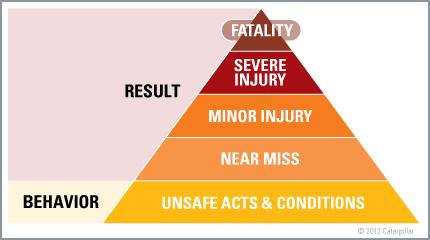 What would it look like to turn this pyramid into its own curve and overlay it into the DIPF curve? The graphic below shows exactly that. 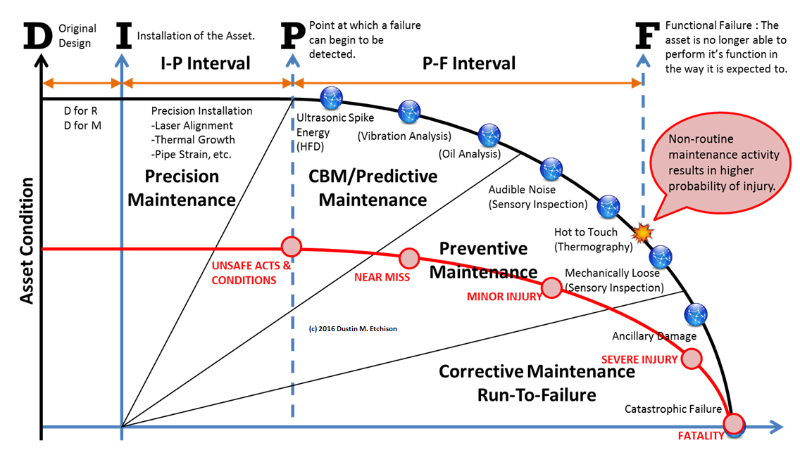 So what does this show us? Many conclusions can be made here. A few key takeaways are shown below:

One Response to The Impact of Equipment Reliability on Human Safety