The pump designation is part of API Spec 11AX and describes the main specifications of an API subsurface pump. It is a nomenclature to classify API sucker rod pumps and tubing pumps according to their main characteristics. It is comprised of seven parts, separated by dashes.
Example: 20-125-RHBC-10-4-2-2

Each part, in order, describes the following specifications: 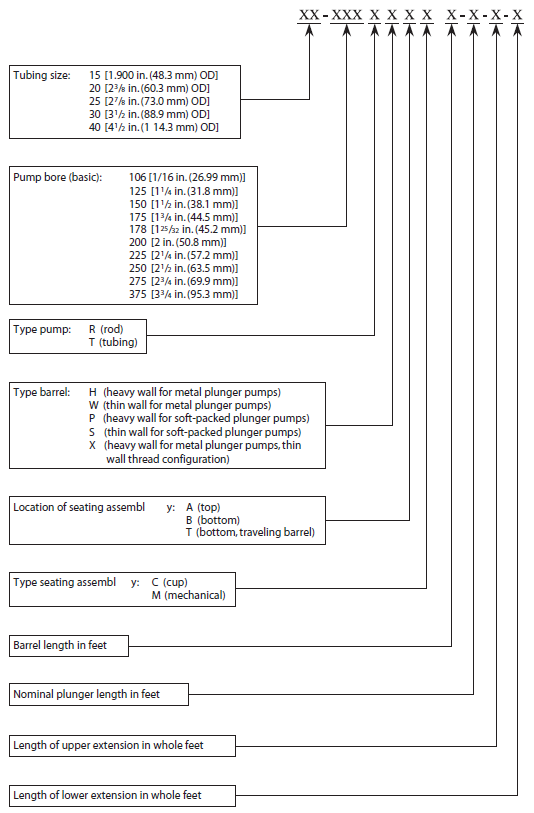 API subsurface pumps are categorized according to the API pump designation. The basic types of pumps and letter designation are shown in the following Table:

The field of application of an API subsurface pump is mainly determined by the type of pump, type of barrel and location of the seating assembly. Understanding the advantages and limitations of these specifications is important in selecting the pump best suited for one’s pumping operations.

Here are a few tips you need to know on this matter (API pump designation letter codes given in parenthesis).

Advantage: Lower service costs compared to tubing pumps, as the pump can be removed by pulling only the rod string.

Limitation: Lower production capacity compared to a tubing pump due to the smaller diameter of the plunger.

Tubing pump (T) – The barrel of a tubing pump is part of the tubing string.

Heavy wall – 10-12 mm (0.393 – 0.472 in) wall tubing. Externally threaded, allowing the plunger to stroke out at both sides of the pump. The stroke-through construction prevents scale formation inside the barrel. Stronger and more rigid, for greater setting depth.

Heavy wall with thin-wall thread configuration (X) – 10-12 mm heavy-wall tubing, internally threaded. As the x-type barrel does not require upper and lower extensions like a heavy-wall barrel that could fail under pressure, even greater seating depths are possible.

Bottom, with traveling barrel (T): Moving barrel with stationary plunger. The anchor (hold-down) is located below the standing valve of the plunger. 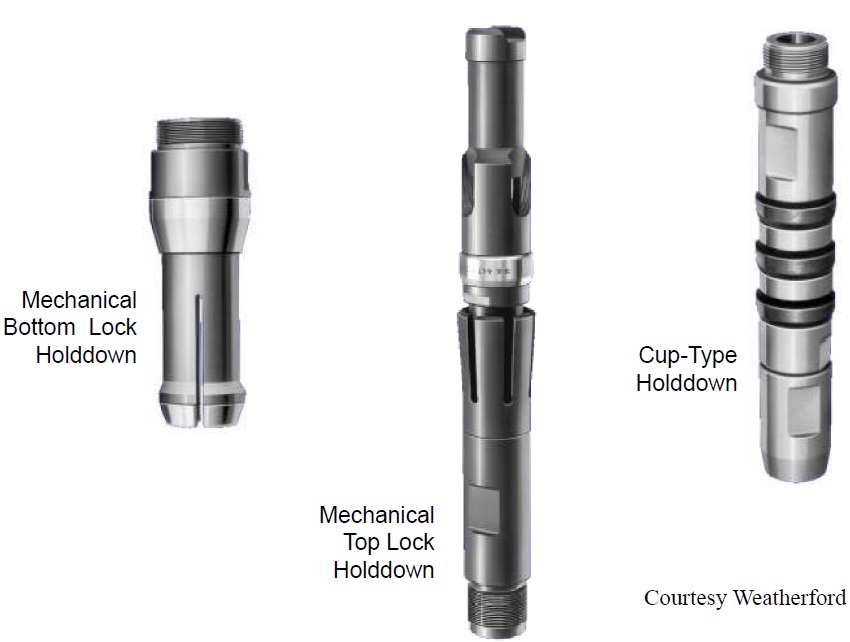