In the previous article “Pump Performance Curves – part 01“, we have discussed how pump performance curves are obtained? How there are plotted? What are the downthrust and the upthrust? and what is the recommended operating range of the pump? In this article, pump performance curve is further detailed and we will answer the following two questions :

Shape of the pump performance curve:

The  ability  of  a  pump  to  adapt  to  changes  in  well  performance  depends  on  the characteristic  shape of  the pump performance  curve. 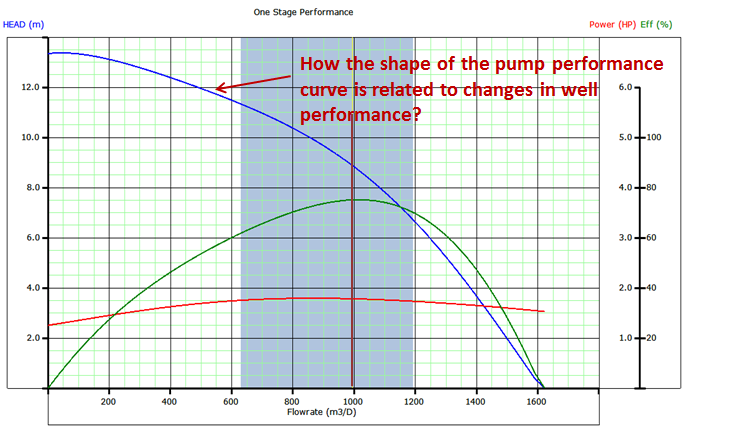 A pump with a steep characteristic (i.e.  large  change  in  head with  respect  to  flow  rate)  is  less  suited  to  a well with  poorly defined  inflow  performance  (IPR),  especially  if  it  is  intended  to  produce  with  a  fixed drawdown.  For  such pumps,  a  small  loss  in  IPR  translates  to  a  large  fall  in pump  intake pressure and may result in gas locking.

Conversely, the head produced by a pump with a flatter characteristic will change less for a given  change  of  flow  rate  and  can  therefore  be  used  over  a wider  variety  of  IPR’s with limited changes in intake pressure. 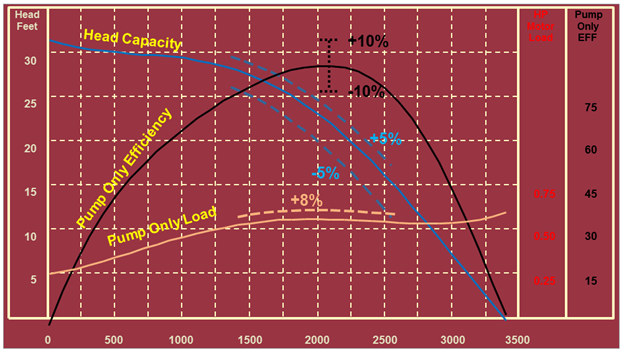