A “ Pump Stage ” consists of an impeller, diffuser and thrust washers. As shown by the following figure, the impellers rotate with the shaft and spin at the RPM of the motor. The stationary diffusers turn the fluid into the next impeller and do not rotate. Pumps are assembled by stacking stages on a shaft and compressing the stack in a housing. A stage will produce a given amount of flow and lift (head) at the motor RPM. 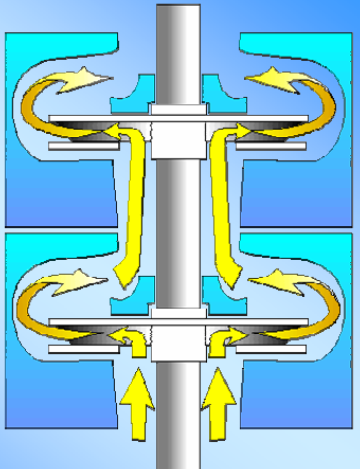 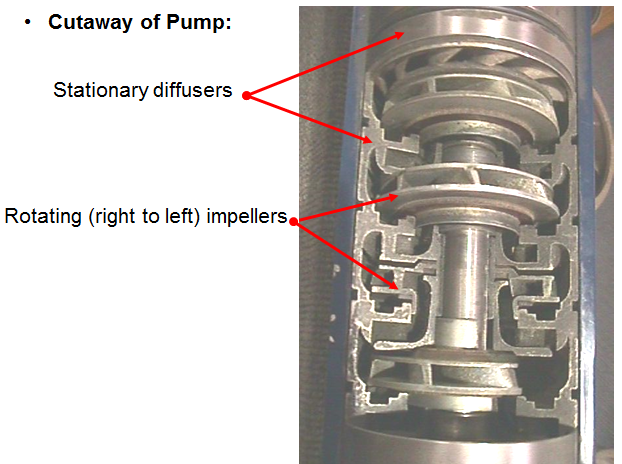 By stacking the Stages, the required head (TDH = Total Dynamic Head) is obtained.

The impeller is keyed to the shaft and rotates at the motor operating speed. The main impeller compounds are: Upthrust Washer, Top Shroud, Impeller Vane, Downthrust Washer, Impeller Eye, Impeller Skirt, Bottom Shroud and Impeller Hub, as shown by the following figure: 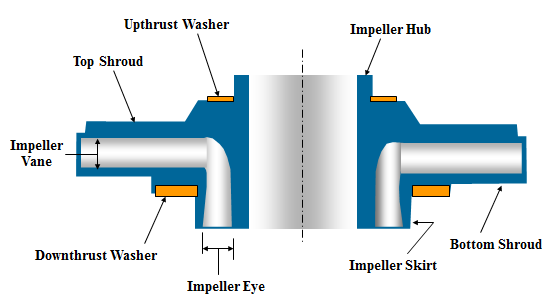 The flow path of fluids inside a pump stage is depicted by the graph below. The fluid enters the impeller at the Impeller Eye and the Impeller Vanes create channels through which the fluid is directed:

The diffuser is stationary and its function is to allow the fluid to flow efficiently from one impeller to another. Also, it’s at the diffuser where the kinetic energy (velocity) is converted into potential energy (pressure). 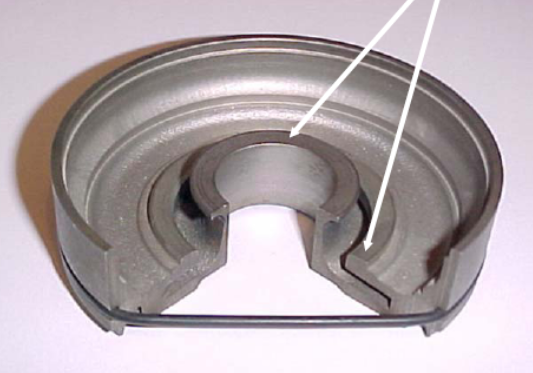 Pump stages are placed onto a keyed shaft and then loaded into a steel housing. When the threaded head and base are screwed into the housing, they compress against the outside edge of the diffusers. This compression holds the diffusers stationary. If, for any reason, this compression were lost, the diffusers would be free to rotate. This rotation would cause the pump to lose almost all of its ability to produce any head (or lift).

The stages are of a fully enclosed curved vane design, whose maximum efficiency is a function of impeller design and type. There are two basic types of stages used in oil well submersible pumps: Mixed Flow and Radial Flow Stages.

The difference between the mixed flow and radial flow types is described by the pump impeller vane angles and the size and shape of the internal flow passages, as presented by the article ” Pump Impeller Types “. 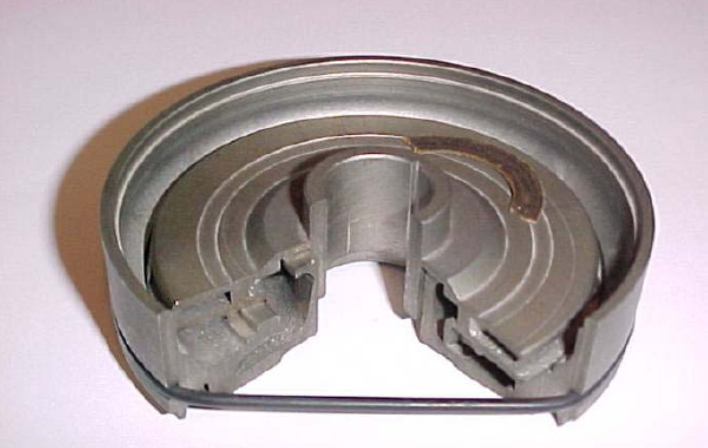