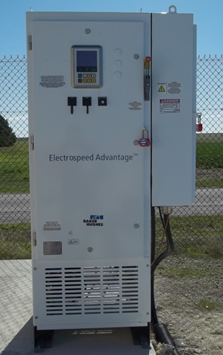 According to the affinity laws, the following relationships exist between the actual speed of the centrifugal pump and its most important performance parameters:

The above rules can be expressed by the following equations: 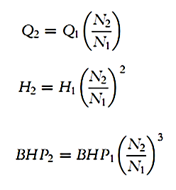 How can Affinity Laws be used to design the pump?

Variable Speed Drives generate frequency goes from 30 to 90 Hz. Changing the operating frequency will change the motor speed, the pumping speed will be changed, so that the developed head and the required brake horsepower will change. Thus pump performance curves for frequencies other than 60 Hz (or 50 Hz) can be generated.

Each curve represents a series of points derived from the 60 Hz curve for flow and corresponding head points, transformed using the Affinity Law Equations. 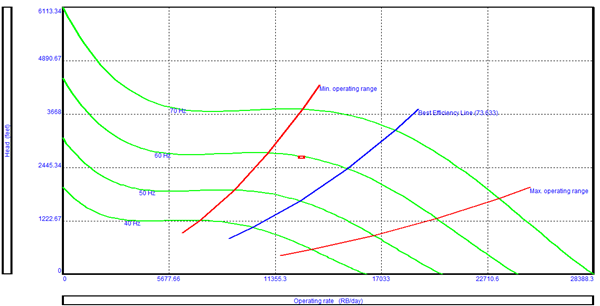