Junction box, Check and Drain Valves, Downhole Sensor and Centralizers are some kinds of  ESP Accessory Equipment. These type of equipment could play an important role to operate the ESP efficiently and maximize it run lifetime.

The power cable coming from the well is connected to a surface electric cable leading to the switchboard. As seen in the figure below, the two cables are joined in the junction box, also called a “vent box”. The surface cable connects the junction box to the motor control panel and the motor control panel to the secondary side of the transformers.

It is a ventilated, weatherproof box performing the following three important functions:

A check valve is installed about two to three joints above the ESP pump to keep the tubing full liquid when the pump is off. So that, it eliminates the time it takes to raise the fluid from its static fluid level to the surface. In addition, it eliminates the protective shutdown time for fluid fallback.

If the check valve is not installed, the pump should not be started until the fluid column has had a chance to equalize, eliminating the chance for a twisted shaft in the pump, or a burned cable or motor. (A minimum of thirty minutes is recommended.) 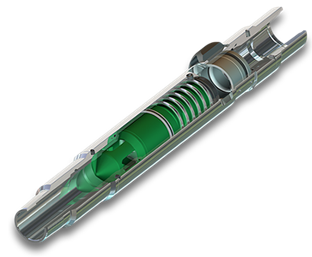 NB: In cases of high GOR wells where gas locking is a possibility, the check valve has to be installed higher than normally, about five to six tubing joints above the ESP pump. Actually, when the ESP shuts down, a gas cap can form under the check valve and be held there by the fluid column above the check valve. If the gas cap volume is large enough to extend down to or below the pump intake, the pump will be immediately gas locked and unable to pump fluids.

Downhole sensors are generally attached to the bottom of the motor. These sensors monitor the well pressure and temperature. In some types of downhole sensors, other parameters could be monitored (such as flow, motor temperature, pump discharge pressure, oil dielectric strength and vibration). The information is sent up the power cable to a surface readout in the motor controller.

The down-hole data acquisition instrument can be very helpful in providing important production information. It can be used for the daily monitoring, production optimization, anomalies detection and troubleshooting. 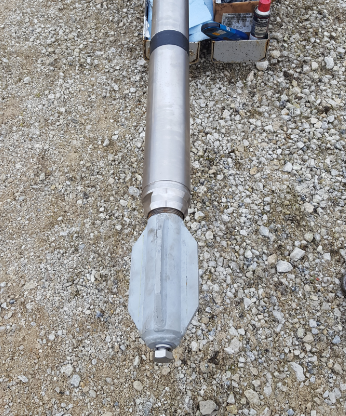